Rain and wind.  It's still bad here.  They are worried about high tide.  People who just moved back into their house and those fixing theirs up, are concerned about water coming back into their homes.  We lost our power several times but did have the generator for the six hours it was out.  I didn't work today and as of this time, I have no job tomorrow. But I am working Friday and next Monday.

I worked on the doll dress today.  It will be done and ready to be photographed tomorrow.

So this afternoon I decided to work on the farm sink and the couch.

I put the base into the sink so I could fit the sink in.  On the front, I've marked out where the "doors" will be placed.  There will be "drawers" there, too.

The sink is now in the counter.  It was difficult to set the sink in.  It was also quite difficult to make the edges rounded on the paper.  There are some things I will do differently, such as making future sinks rectangles.  LOL 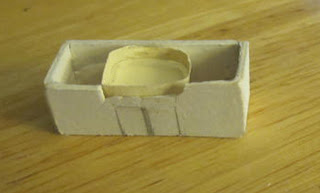 This is going to be the countertop.  It will stay squared edge.

I painted the couch parts brown.  Since it's paper, I painted both sides so it wouldn't warp.  It looks rougher on the pictures than it looks in person. 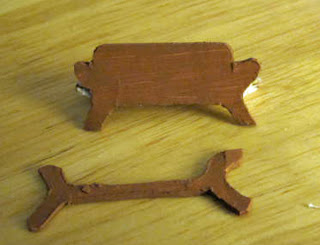 This is the fabric I will put on the couch.  I have a lot of nice colors.  I plan to make more of these couches.  They aren't difficult but I won't be using mat board. 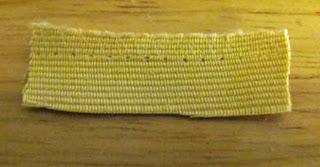 Here is the fabric attached to the couch back.  The piece on the front will be glued on to the front. 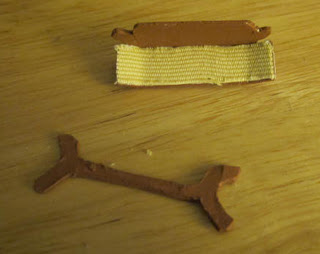 I hope to finish these tomorrow.

Posted by petitemoonbeams.blogspot.com at 10:14 PM